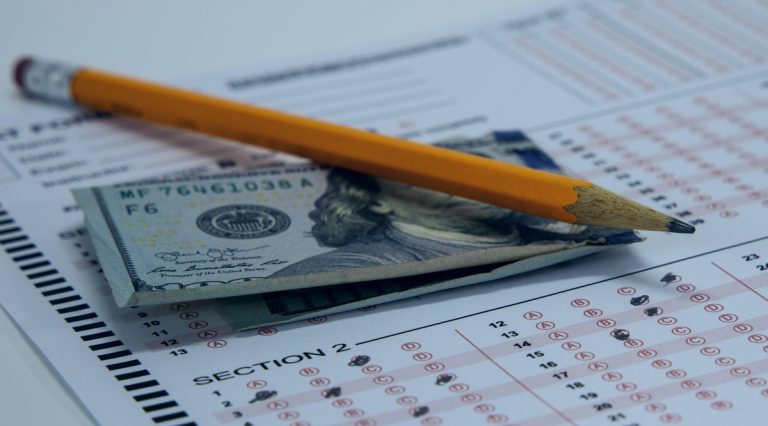 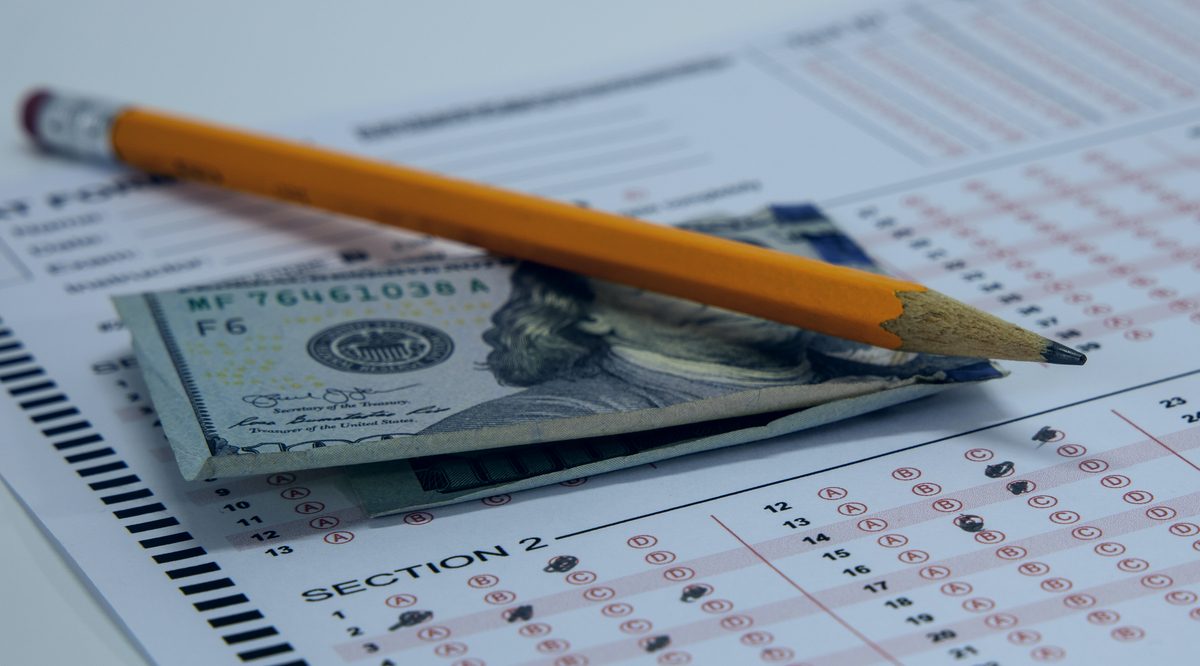 The recent Netflix documentary, Operation Varsity Blues: The College Admissions Scandal, is a documentary about the largest college admissions scandal ever prosecuted by the Department of Justice in the United States of America in 2019. The documentary takes a deep dive into the fraudulent methods used by Rick Singer to get the children of rich and famous families into some of the top universities in the US. Throughout the documentary, criticism is focused on a handful of US colleges and universities with broken admission systems where loopholes and preferences for families of privilege are evident.

From every angle of this scandal, fraud is prevalent. Rick Singer, CEO of ‘The Key’, a ‘for-profit’ college counseling and preparation business he ran as a smokescreen charity, is the mastermind behind this scam. The Key was the vehicle through which the rich and famous made ‘side door’ payments, which were masked as generous ‘donations’ to secure places for their children in some of the most prestigious universities in the world. Singer created fake athletic backgrounds for the children, enticed university staff, bribed college officials and coaches to portray kids falsely as recruited athletes, and even had Mark Riddell, a Harvard alumnus, take SAT and ACT tests to raise the children’s scores. Between 2011 – 2018 Singer received $25million in ‘donations’ from families to pocket and bribe coaches and university administrators with.

Singer himself comes from an obscure background and without a lot to show on paper. This is interesting, as no indicted parent paying out these enormous sums of money seems to question Singer’s credentials and background.

As a former college basketball coach, Singer had firsthand exposure to how athletic admissions worked. With this insider knowledge, Singer could see how to take advantage of certain weak admission processes and educational systems for financial gain. Singer’s elaborate, multiplayer scheme would not have been possible without an unbalanced system that he fully exploits.

Dozens of actors, coaches and CEOs conspired to get children of the elite into some of the top universities in the US, including Stanford, USC and Ivy League member, Yale. To date, 53 people have been charged in the massive nationwide college admissions cheating scandal, including 33 parents, college test administrators, athletic coaches and senior associate athletic directors. Household names involved include Desperate Housewives actor Felicity Hoffman, Full House actor Lori Loughlin and Bill McGlashan of TPG Growth (Uber, Air BnB, Spotify). Charges to those accused include wire, mail and academic fraud, conspiracy to commit wire and mail fraud and money laundering.

The unfolding of the entire scam is far too casual. Academia is overlooked as prestige is sought after and education itself is very much an afterthought. It’s ironic that the French word ‘prestige,’ so often associated with reputable universities, originally meant ‘trick’ or ‘deceit.’ Jon Reider, former Stanford admissions officer said, “Over the last three to four decades, higher education has become increasingly a commodity. Something that you purchase. A product. It’s a goal in and of itself, rather than the goal being to get an education. It’s called a status point.”

Unfortunately, in this scandal, what truly comes to the fore is the broken education system within a small number of higher-level institutions in the US.

Like anything, there are lessons to be learned from mistakes made. With this colossal scandal as an extreme example, we discuss how higher-level institutions can protect their academic admission processes, hiring practices and reputations.

Practice What You Preach

Like any employer following best practices, it’s essential to hire verified staff with legitimate credentials and a clean background. While Operation Varsity Blues may be the only scandal of its size within the academic arena, insider academic and admissions fraud does happen daily, which can often go undetected for a long time. Verifying your potential candidates and current staff is just as important as verifying your students and applicants. The seniority and the caliber of those involved in the scandal show that fraud leaves no stone, or level of authority, unturned.

Rick Singer had no credentials. He was a good salesman, a marketer and a coach who saw broken admission processes to take advantage of. Fraudsters are opportunistic and look for spaces to weed their way into and siphon from, most commonly, for financial gain. Whether a university or a business, unless thorough background and credential verification is in place, employers and institutions will fall victim to these scammers and pay dearly in the long run.

Attract attention to your university’s admissions process for the right reasons. Transparent processes ensure trust amongst stakeholders. Upgrade and digitize your data and become part of a digital ecosystem where you can securely store and transfer information. Using blockchain to store verified student credentials is the best way to keep systems updated and relevant while creating a safe space for document storage. This method of storage ensures data integrity.

Having a secure and seamless selection process mitigates any room for fraud. Use the best and most innovative methods and tools like multifactor authentication (MFA/2FA), Identity and credential verification to ensure that the caliber of students joining your institution is qualified to do so. Rick Singer’s amateur photoshopped images earned these students places in top universities, not by their own merit.

“It takes 20 years to build a reputation and five minutes to ruin it.” Warren Buffet.

Damage to a university’s reputation is not easy to fix or build up again. Reputation contributes to the long-term success of an academic institution. Allowing fraudulent students and staff to associate with you while committing fraud in the institution’s name is incredibly damaging. This can be avoided by streamlining admissions processes, hiring pre-verified staff and embracing innovative technologies to digitize records and secure processes.

Not only have some universities tarnished what was once a pristine reputation, but again the domino effect of this fraud is catastrophic. Legitimate donations may run dry, ideal candidates may stop applying for scholarships, academics may disassociate themselves, funding may be withdrawn. The acclaim of credentials from these universities may become undesirable. The impact of fraud on a university is innumerable but all these losses and negative perceptions can and should be avoided. Transparent admissions processes for students and thorough hiring processes for staff will encourage stakeholder trust and repel fraudsters. Excellent education should be a university or higher education institutions’ legacy, not dishonesty, scandal and deceit.

This scandal is one of epic proportions and it’s still unfolding. Like dominoes, it had a knock-on effect not only on the institutions. their reputations and funding, but on the lives of the students who missed out on a place because circumstance trumped their academic efforts. It had an effect on the companies that these individual conspirators had ties with. It destroyed reputations and took down anyone who got in the way of the scam. Yet somehow, Rick Singer still walks free.

With the prevalence of fraud within the admissions process, TrueProfile.io protects your university’s integrity and reputation with our pre-admission verifications. To verify students’ academic backgrounds and mitigate risk during your admissions process, register your interest with us here. 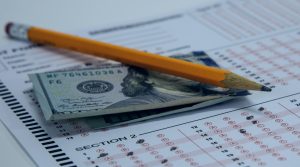 How Not to Cause a College Admissions Scandal of Epic Proportions 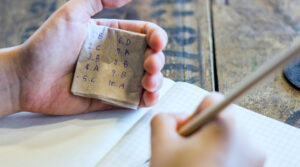 6 Ways to Safeguard Your Hiring Process From Academic Fraud 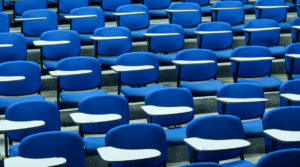 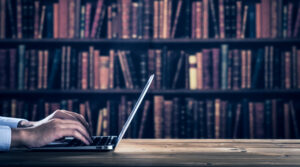